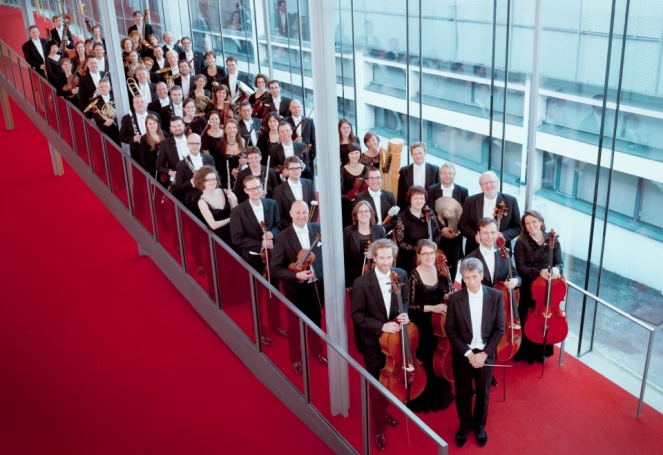 Venue Cymru’s foyer, so soon after panto season, had quietened down on the evening of the fourteenth. Not only was everyone well-dressed, but well behaved – the screaming kids that had gathered for Snow White and the Seven Dwarfs were nowhere to be seen. With it being Valentine’s Day, too, there were couples aplenty; arm in arm, staring down at the programme, and discussing the evening ahead of them – and of all ages. It’s nice to know that classical music is still very much in vogue, even if the stalls weren’t completely packed.

It was interesting to see Venue Cymru’s stage extended to fit a full orchestra – the band is usually hidden in the pit, as it was with the WNO’s Sweeney Todd tour. This expansion brought the performers closer to the audience, too, which created a nice sense of intimacy.

The opening piece was the overture from Mozart’s Don Giovanni – written in 1787. This was followed by all three movements from Rachmaninov’s Piano Concerto No 1, a piece finished almost a century after Giovanni. The performers managed to convey the energy of Vivace, Andante, and, Allegro Vivace with all the panache and confidence expected from the Flanders Symphony Orchestra, which is now over half a century old. The audience was so impressed that the applause resulted in an encore – in the form of a piano solo. This performance was one of the best examples possible of a professional who also happens to be passionate about his trade. Although they must have seen him do it a thousand times before, the rest of the orchestra looked just as impressed as the audience. With violins lying on knees and crash cymbals on the floor, they viewed their teammate’s performance with smiles of admiration.

The second half opened with all four movements of Beethoven’s Symphony No 3. It’s easy to see why Anthony Burgess chose this composer as the inspiration for the “ultraviolence” of Alex in A Clockwork Orange. It was originally to be dedicated to Napoleon, and understandably so, with the military airs radiating from the orchestra. The string and percussion sections fantastically expressed the Romantic glamorisation of war and heroism. Some of the faster-tempo sections seemed to represent battles, while the slower portrayed the aftermath. This being said, the second movement is somewhat quieter, and is recognised as a funeral piece in modern times (it was played by the Boston Symphony Orchestra to mourn John F Kennedy’s assassination).

The encore to the final half was a piece written in 1917, by a Belgian composer, as a tribute to the family members he lost in the Great War. This melancholy piece contrasted perfectly with Beethoven’s Symphony No 3, and was effectively sobering. It brought up imagery of the trenches – the brutality and pain suffered by so many – the grainy black and white films and photographs we’ve all seen of the mud and limbs. And as for the quality of the musicians, it never faltered. To counter the uplifting march of Beethoven with such a hair-raising finale takes great skill, which the orchestra managed to demonstrate – and then some.

Although the show wasn’t sold out, the sound of the cheers and clapping made the auditorium sound just that. It was an evening of emotion and aesthetics. The music told an abstract story to everyone – some veteran concert-goers may have been humming along to every piece, yet there must have been a few classical-music novices. Everyone had their own experience, whether they were watching the mighty skills of the orchestra or listening absorbedly with their eyes closed. And, looking around at the wide ranging crowd both during and after the performance, it can be said with certainty that nobody was bored.